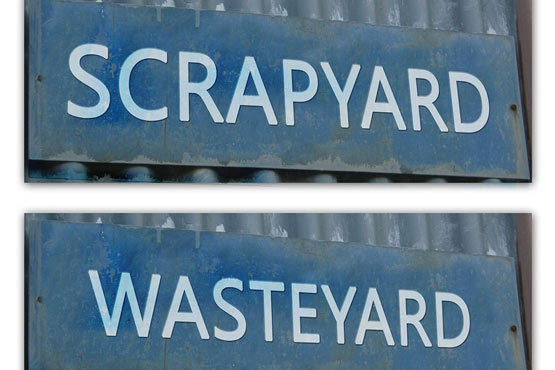 Be Sure Your Cylinder Head Really Needs Replacing!

This happened here at Southeast Cylinder Head today and it is easily avoidable (and unfortunately is becoming more and more common). Our customer, Earl S. had a “mechanic” check his engine on his 1999 pick up truck because it wasn’t running properly. This mechanic informed Earl the passenger side head was “no good”. If the mechanic would have at least said it wasn’t functioning properly there might have been a different outcome, but he didn’t.

Earl, not knowing the difference, called around junk yards for looking for cheap cylinder heads trying to save himself some money. He called me here at Southeast Cylinder Head on Saturday saying he was on his way to pick a cylinder head he had located at a local junkyard and he asked how much I would charge him to “check it out”. I always ask callers what it is exactly they want since there is no standard definition of that phrase. He answered he wanted to know if the valves are sealing and if the cylinder head need resurfacing. “Sure we can check it,” I told him without knowing for sure he would show up with the used cylinder head.

So Earl showed up this morning with a cylinder head in a clear plastic bag that has been sitting on someone’s shelf since before I was born. Of course I’m exaggerating but suffice it to say the cylinder head has been there on that junk yard shelf a long time. This is what we found when we inspected a head that was supposedly ready to install on Earl’s truck:

The other side of the head looks even worse. I asked Earl what the warranty was on the cylinder head he bought; not cracked or warped. I told him it might be a good idea, since the head is warped (covered by warranty), he might want to get another that was in better shape. Problem is, the junk yard didn’t have another one. ‘Fine, may I have my money back since it IS­ warped?’ ‘Sorry, no cash refunds, only store credit,’ says the smiling fellow behind the counter at the junk yard. He’s smiling because he knows Earl will likely never come back and claim the store credit.

Now Earl doesn’t know what to do and now he owns a cylinder head he will never get to use. With nothing more to lose Earl decided he’ll get the cylinder head taken off (at this point it’s still on the truck) to see if he can save money.

When he brings it in to our shop here at Southeast Cylinder Head we discover all that had happened was that a rocker arm had come of and bent the valve.

The bottom line; we are going to fix his original head for less than we could have fixed the used one and he wouldn’t be out the $125 he spent at the junk yard for a cylinder head that needed a lot of work to make it useful.

To be clear, I am definitely NOT saying all junk yards are like the one described here. The point is get good advice before you proceed. We are happy to help. Call us (407-730-9777) or email us (john@southeastcylinderhead.com) before you start combing through the junk yards, we’ll be happy to help you. In many cases, such as Earl’s in this true story, we can help save you money.

Thanks for your time,