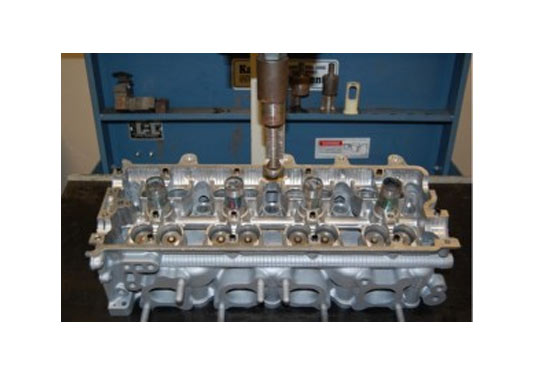 Not Always, As You Will Soon See

A gentleman brought us a 2001 VW Jetta, 2.0 Liter, SOHC 8 valve cylinder head that had broken a timing belt. As is usually the case, these heads normally bend 4 to 8 valves; this was no exception with 8 bent valves.

We quoted the job as usual and the customer said he’d get back to us. He did so a day or two later saying he had found the new valves online, he said he would receive them in two days and drop them off to us here at Southeast Cylinder Head. When I asked him what brand they were he had no idea. Imagine that, buying something as important to the health of your engine as valves and not knowing who manufactured them.

Cylinder Head Parts – Know What You Are Buying

We have people drop off cylinder head parts all the time when we are repairing their engine heads, we can’t always be the lowest price but at least we do know who our suppliers are. Today it is more important to know what’s in the box (who supplied it) than whose name is on the outside of the box. It’s also important, who’s going to back you up if there is an issue.

We use a cylinder head assembly bench to assemble these types of heads. They are quite standard in what they do, this is ours in action: 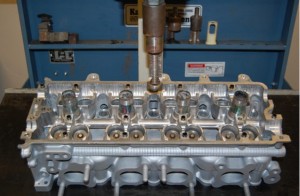 When we assembled the cylinder head using the valves supplied from ‘ABC Internet Company’ (I made that up), we released the spring retainer to lock it in place and this was the result: 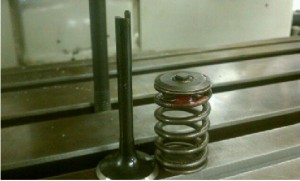 The entire top of the valve stem simply snapped off. If that had happened when the engine was running, the outcome is obvious which is MAJOR engine damage. Possibly enough engine damage to the point where the engine had to be pulled for repairs instead of just the cylinder head.

What may not be so obvious is the warranty coverage. Few people, including myself, read the warranty on everything we purchase. Standard coverage in most cases, but not every case, is replacement of the part only. If you are running a repair shop that spends a lot of money with a supplier, he or she may have some leverage. We as individuals, probably not.

Many of the “automotive household” names aren’t making as many of their own products as they used to do in the past. I don’t know of a single OE manufacturer worldwide that makes their own valves anymore. Saturn tried it and look what happened, disaster after disaster.

The point I’m trying to make is to be sure someone is going to stand behind their products with more than a smile and a polite “I’m sorry.”

Thanks for you time,
John