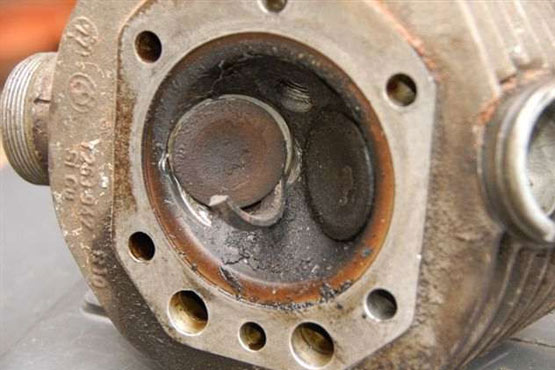 To begin with, broken valve seats are expensive.

How would you feel if you had to repair them again….in a week?

This is a partial list of vehicles and engines we have seen with this problem:

The following is an excerpt from an industry tech bulletin:

“Repeat engine failure has been reported shortly after first engine start on engines that had failed due to valve seat breakage. In these instances the original failure had been in the number one cylinder at the intake seat [but can occur in any] location. Subsequent engine failures in these instances has been traced back to debris that remained in either the intake or exhaust manifold. The debris found that re-entered the combustion chamber included particles of valve seat, piston/ring material from the original failure.”

When a valve job is to be performed, it may be common procedure for the technician to just pull the intake and exhaust manifolds back to provide just enough room to get 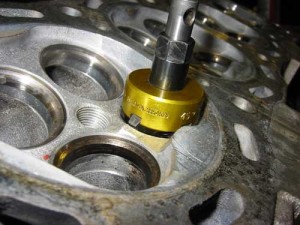 the cylinder head off of the engine. Doing so does not allow ample ability to clean either manifold. When a valve seat comes out of its counter-bore it shatters into many pieces from impact. Those pieces from the valve seat may enter the intake and/or exhaust manifolds as the result of normal air turbulence. The cylinder head for this engine originally uses PM (powder metal technology) valve seats with an approximate depth of .286″ (7.264 MM). When these seats shatter, many pieces result.

For the reasons stated above, it is imperative that both manifolds be removed from the engine compartment and all debris removed. Failure to clean out the intake and exhaust manifolds could cause a repeat engine failure. One aftermarket PM valve seat manufacturer has found using different seat materials; processes and designs that have resulted in improved seat insert retention in the cylinder head for this engine. An additional tempering process has been implemented, which eliminates the embrittleness commonly found in PM [powdered metal] valve seats. These seats also have additional seat depth and a reduced leading edge chamfer. Those features provide increased seat to cylinder head contact area for better heat transfer. Inadequate heat transfer may have had a part in the original seat coming out of its counter-bore in the original failure. Once new seat inserts have been installed, they should be machined according to the machining angles the [OEM] has supplied. Doing so will offer optimum engine performance for this engine.’

On the Ford plenums, they’re easy to take apart, clean and put back together. The Chrysler Hemi’s are exactly the opposite. They are 2 pieces that are glued, for lack of a better word, together. Chrysler doesn’t offer them separately, only as a complete unit. There are late model headlight assemblies in use that are glued together, you heat them to separate them. I have passed that idea along to some customers but haven’t had any feedback. We have an ultrasonic cleaner that does an excellent job. To avoid any issues, we clean these suspect manifolds for our customers at no charge.

The worst part about this type of repeat failure is the vehicle owner is usually left holding the bag. The shop or mechanic says it’s not his (or her) fault, ‘All I did was install it!’ If the mechanic or shop has never seen this before, they’d have no way of knowing. On the other hand, most of us don’t read all the printed material we get with products. Most builders I know enclose a “warning” label or instructions pertaining to this. The machine shop or engine builder checks, all the new valve seats they installed are in place so it’s not his (or her) fault. If the engine was purchased through a broker or third party, it’s not their fault either. Who’s left?

In my opinion, Chrysler doesn’t want to admit (neither does Ford) they even have this issue. Presumably that is why I was unable to find any TSB’s (Technical Service Bulletin) listed for the suspect engines from Chrysler or Ford. I also called our local Chrysler and Ford dealers. My contacts there also confirmed there are no bulletins pertaining to this failure.

If this article saves one of you from the horror stories I read and see surrounding this problem, it’s worth the time I spent researching and writing it.