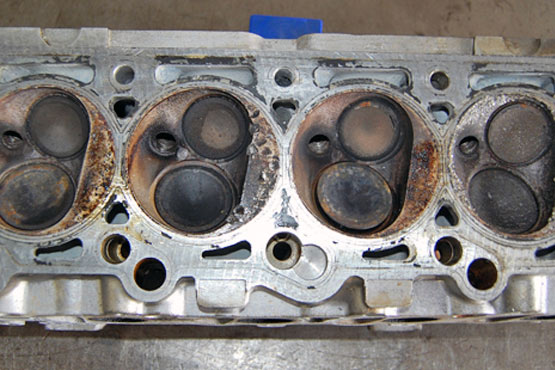 Obviously Ford sold a whole bunch of these cars. Of all the cylinder heads off these models we have done, about 75% are from a valve seat coming out. Sometimes it will damage more than one cylinder from shrapnel circulating through the still running engine but usually only one fails. Unlike timing belt failures, the damage is normally isolated to one cylinder and about half the time doesn’t require any lower end (block) work at all. It also stands to reason overheating makes this situation worse. Here is a typical failure: 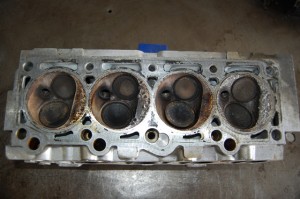 What you see is cylinder #1 (to the far right) is the original failure. The minor damage on cylinder #3 is the shrapnel damage I mentioned earlier. This head is 100% repairable by our company at a reasonable cost. 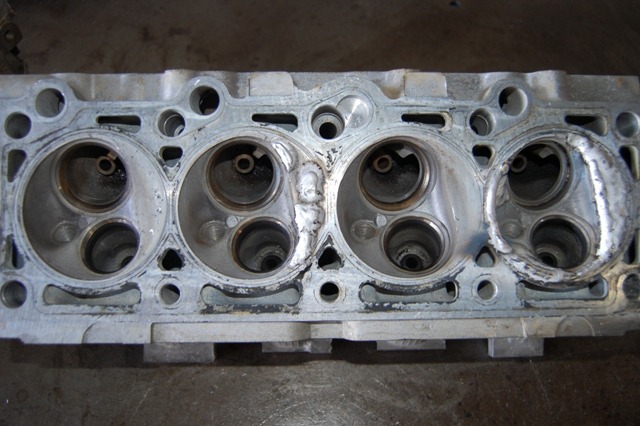 This is a picture of that same head after welding. All of the pieces of the old shattered seat were ground out to produce a perfect weld. 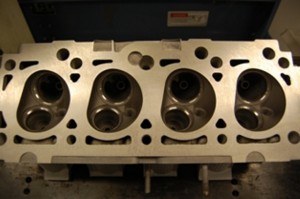 This is the same cylinder head fully machined and ready for assembly. All four of the intake seats have been replaced and unlike OEM, our seats will not come out….ever.

Last week I got a call asking me if I had any influence with a certain machine shop here in Orlando. The story was that this machine shop did a 1999 Ford Escort head for a mechanic that works at a local repair shop. I really don’t have any influence with this shop but I did consent to look at the vehicle that was at the machine shop (they also do mechanical work) and had been there for close to 3 months.

The machine shop refused to warranty the job saying that they replaced the seat on #2 and the seat that came out later (112 miles later) was out of #4 so “NO WARRANTY”.

Without getting into the discussion of who’s right and who’s wrong, both shops refused to budge. What do you think?

Save Yourself Future Hassles – Replace All The Valve Seats

My position is all 4 seats should have been replaced. This was a used car, purchased not running, so there was no way to know its history. On the other hand, most shops would say, if you would like them all replaced for an additional charge, we can do that. The odds are in the customers favor that another will not come out and a machine shop will be totally correct telling a customer this. Here is the rub: depending on the machine shop’s rate, the additional charge would be $30 to $45 to replace the other valve seats.

If you have this issue, here is another important point. When the intake seat disintegrates, pieces go back up into the intake because the intake valve is obviously not seating. It is imperative that you or the mechanic separate the upper and lower intake plenum and clean them thoroughly so those pieces can not get back in the engine. You would be surprised how many people, even though we print AERA Tech Bulletin TB 1939 (which also recommends replacing all four seats) and hand every customer the technical bulletin covering this, do not do it. For those who don’t, they have to pull the head back off every time because pieces of broken seats from the original failure have come out of the intake, stuck in a piston and now the engine makes noise again.

If you have questions please feel free to call us anytime. Contact us online using our contact form or call us about your Ford cylinder heads  at 407-730-9777. Phones answered 7 days a week.