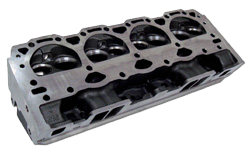 Cylinder head repairs on today’s cars and trucks and motorcycles are generally required because of wear or abuse, and are generally done in engine machine shops, like ours here in Orlando.

Face it, some folks just drive a car or truck until the thing just refuses to start up any more, generally because of a lack of compression caused by a blown head gasket. Or they have an engine that leaks or burns a little oil and they tend to run the engine low on oil on more than one occasion. Once the engine oil level is low then you start to see premature parts failure regardless of the mileage on the car/truck. Once the valves guides start to wear you will see more oil consumption which in turn leads to more wear on the engine parts. Not following prescribed factory specifications on engine maintenance is the primary reason that “blow”. Many engine manufacturers call for the cylinder head bolts to be retorqued at prescribed intervals and failing to do this allows the head bolts to loosen ever so slightly. Once the bolts become “loose” then the cylinder head has an opportunity to flex and warp. Once either of these start then the head gasket can no longer seal properly and will either blow out between adjacent cylinder or it will allow water or oil to leak either internally or externally. 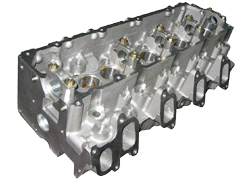 Some people drive their cars and trucks with one issue in mind when it comes to maintaining their vehicles, keep gas in it. That and maybe they wash it so it looks good while they are driving the 9-to-5 rush. It would surprise you to know that some people don’t even know how to open the hood on their car or truck much less give the engine compartment a look once in a while. Admittedly some will notice an oil leak but that is usually because they stepped in it while walking through their garage in their bare feet. Low oil causes premature engine wear, not just the cylinder heads. One thing that car and truck owners can look for is oil and water leaks. Of course oil leaks are the black, sludgy looking deposits that can be on your engine and  they generally work there way down onto your garage floor or your driveway. Water leaks, referred to in the industry as coolant leaks, can be harder to find as a coolant leak doesn’t always produce enough to drip onto the floor. When they do produce enough so that you can see it on the underside of your car or truck you can be sure you have a major leak somewhere in your cooling system. Some leaks in your cooling system are smaller and harder to notice unless you do look at your engine once in a while. Telltale signs of coolant leaks would appear as a green crusty substance or just rust streaks if you don’t have adequate coolant protection in your system. It’s these small leaks that drain a cooling system over time and soon you find yourself looking at an overtemp situation which, if not attended to, can cause your engine to overheat and either crack the cylinder head or the engine block itself.

Ask any motorcycle rider in Orlando; nothing beats spending a day riding on their “hawgs.” The feel of the wind on your face, the open road…few experiences can compare. The last thing you want is to see your bike, whether you ride a Harley Davidson, a Kawasaki, or a Honda, be stuck in the garage with a bad cylinder head. That’s where we come in.

Click Here For A Free Quote!

Lifetime Warranty Get A Free Quote Ask The Expert 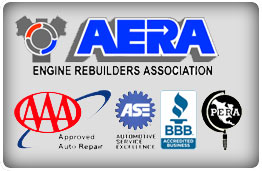