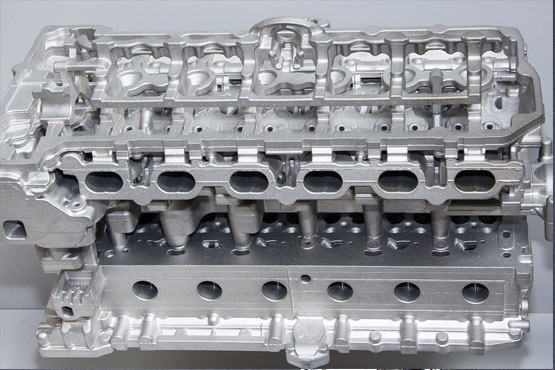 What You Don’t Know About Cylinder Heads Might Cost You $$$

Not many car buyers possess the in-depth knowledge of car engine parts which, when used while buying a new car or truck, can save you a whole lot of trouble later on. And money, don’t forget about the money you can save by knowing what engines have problematic cylinder heads. Not only will buying the selecting the best cars save a lot of fuel, but it also helps you in maintaining your car, so that the optimum fuel efficiency can be maintained and accidents can be avoided.

You may already be aware what I mean when it comes to knowing what engines are known to suffer from engine head related issues. You may also have tried to figure out the various automotive terms related to cars and engines such as what is ATS or automatic transmission systems or what are variable displacement engines.

The Lowdown On Rebuilt Cylinder Heads

One other area where you might have some confusion is rebuilt cylinder heads. You and your neighbor decide to switch out the cracked cylinder head on your wife’s Acura to save some bucks. Then you open the hood of her car, you got scared by just looking at that jumble of wires, brackets, and electronics. That in itself is enough to make you unwilling to attempt wanting to attempt this again. So you and the neighbor sweat and strain and you get the cylinder head off of the wife’s car. Now what? Your neighbor already knows what to do and suggest you get a rebuilt cylinder head and get the car back on the road quicker.

So off you go to Bubba’s Used Car Parts Emporium where your neighbor bought his last rebuilt cylinder head. First off, the name of the place ought to start the red flags waving. “Used Car Parts” would not tempt me to go inside, and I’m not saying that because I have been re-manufacturing cylinder heads in Orlando since 1971. It’s safe to say that Bubba’s place is nothing more than a junk yard with a fancy name and the so-called rebuilt cylinder head is nothing more than a used head off of a wreck out back. Maybe Bubba claims he has a head shop in the back and does all of his rebuilt heads in house. Have you ever watched some of these guys as they “rebuild” a cylinder head? Everything on the head is reused. I take that back, you will most likely get new valve seals but that’s all as all the other parts are simply wire brushed and put back into the heads.

Watch Out For Back Yard Mechanics

I knew one guy that had a quite unique way of rebuilding cylinder heads in his back yard. His technique was to place the round end of a ball peen hammer in the middle of the valve head. Next he took another, larger, ball peen hammer and whacked the one the valve head good three or four times. Put the head back on the unsuspecting customer’s car and off they went thinking they had just had a valve job done to their engine. They had a job done alright, a scam job. For starters, no mechanic in his (or her) right mind would strike a ball peen hammer with another ball peen hammer. Why? Because there is a very good chance that metal from one of the hammers could fly off at unbelievable speed and strike a person in the eye. Another, more important, thing is this – hitting a valve and driving it down onto the valve set does nothing for the interference fit of the valve and valve seat. In fact it likely ruined the angle of the valve, or the seat, or both of them.

How We Re-Manufacture Cylinder Heads

At Southeast Cylinder Head we don’t just rebuild cylinder heads but rather we re-manufacture cylinder heads. What’s the difference? Cylinder head rebuilders disassemble the head, hot dip it to clean it, make a quick run through the valve grinding, slap it back together. You get there to pick up your parts and they charge you for rebuilding the head, and it ain’t cheap either. Southeast Cylinder Head re-manufactures a head using a process that we have been perfecting since 1971. When you bring your parts into our machine shop we disassemble the head and the first thing we do id check for leaks and cracks. What good is a valve job if the head has hidden problems? Anyway, the head is pressure tested or magnafluxed depending on the material the head is made of. Each and every part that is removed is tested; anything not within manufacturer’s specifications is replaced. The head is resurfaced (something a lot of “rebuilders cannot do) and all bolt holes are checked for stripped threads. Only when a cylinder head is within specifications will we give it you. Why? We want your business! We don’t want to see you keep bringing the same cylinder head back in for more work. It’s done right the first time so that you don’t have the need to come back because of shoddy workmanship.

Now to keep your car’s engine in optimal condition, proper maintenance of various engine parts is necessary, especially those in the cooling system. That may sound elementary to you but you would be surprised at the people who don’t realize their engine requires periodic attention. One area of a car engines occurs from poor maintenance is a cracked cylinder head. This problem alone can run into a thousand dollar repair very quickly. Things to look for are worn drive belts, clogged radio cores, swelled or hardened coolant hoses, improper coolant, defective radiator caps, and even leaking water pump seals. All of these problems can lead to engine overheating and possibly a cracked head if the needed repairs are not performed. Give us a call at Southeast Cylinder Head with any questions you might have about cylinder heads.